Hansel & Gretel with a Selection of Marionette Vignettes Sept 24 & 25 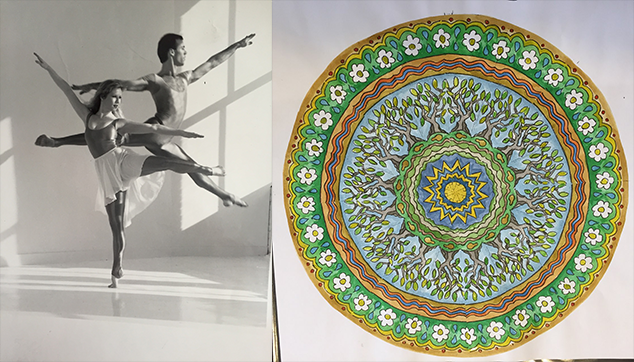 Christien Polos, performing arts and dance instructor at Brookline High School, is retiring after a hallmark 25-years of teaching. Polos went above and beyond the call of duty during his tenure, reviving and directing the school musical, bringing the performing arts to students with different abilities, and shaping students for decades to come.

Polos came to Brookline High after a career as a professional dancer. He was brought on as a dance teacher he also had musical theater experience and took over directing the school show in his first year. The position was a perfecting merging of his interests. “I love musical theater, I love dance, and I love teaching,” Polos says.

For Polos, bringing the arts to students who typically didn’t have access to them was a critical mission. He created the Arts Fusion Lab, which brings the arts to students with different abilities in a variety of ways. “I’d always had an interest in why some students weren’t able to take performing arts classes,” says Polos. “I hate to call them students with ‘disabilities’ because they have so many other major abilities.” Often these were populations in other special programs that made it challenging to schedule in arts work. So Polos brought the art to them. In some cases it was full on dance instruction; in others, it was movement classes or visual art therapy.

Even with traditional classes, Polos’ work has had a profound effect. “High school kids can be very anxious, and they expect a lot of themselves,” he says. As a result, he frequently used a calming anxiety technique with overworked students. He would ask the student to stop what they were doing, put their hand above their heart, and take a few deep breaths. “I heard back from a parent of a student who’s now a lawyer, and she said without that trick, she would never have made it through law school,” says Polos.

“The impact Christien has made on dance at Brookline High School has been enormous,” says Kenny Kozol, performing arts curriculum coordinator with Public Schools of Brookline. “He was a major part in creating our dance program, and is an incredible teacher who has worked with literally thousands of students over the years.”

Though he’ll miss the community at the school, Polos’ creative career is far from over. For years he’s been creating visual artwork for his network, but he never had time to pursue the work beyond a hobby. “For years my friends have been saying ‘Why don’t you sell your work?’ so I want to focus on that.” He’s also working on building his own home to be as environmentally friendly as possible with its own well and solar power, among other improvements. Polos plans to do as much of the labor himself as possible. After years of working with choreography and music, Polos wants to dive into working with his hands.

As his time at Brookline High comes to a close, Polos has become reflective. “When you’re an educator I think your legacy is the students you’ve touched,” he says. I’ve been very fortunate to have many students go on to do really exceptional things after Brookline High.” There’s no question that Polos will be missed and remembered for his phenomenal impact on the Brookline community. But all good things must come to an end.

“It’s time for me to hang up my toe shoes and focus on myself,” he says.

Brookline High Students Have Message for Their Community

The work-in-progress documentary film “Facing Civil Rights” is now available by video-on-demand (VOD) with all proceeds from VOD sales going to support Brookline Community Foundation’s Safety Net Fund. Included with "Facing Civil Rights" is the audience/panel discussion on the state of inclusivity today moderated by WBUR's Paris Alston, from the Jan 9 sold-out screening of the film at the Coolidge.

Support the BCF Safety Net and Receive the Film

“Soul Witness, The Brookline Holocaust Witness Project” is now available on video-on-demand(VOD). Thirty percent of all "Soul Witness" VOD sales will be donated to nonprofits dedicated to helping to eradicate intolerance.